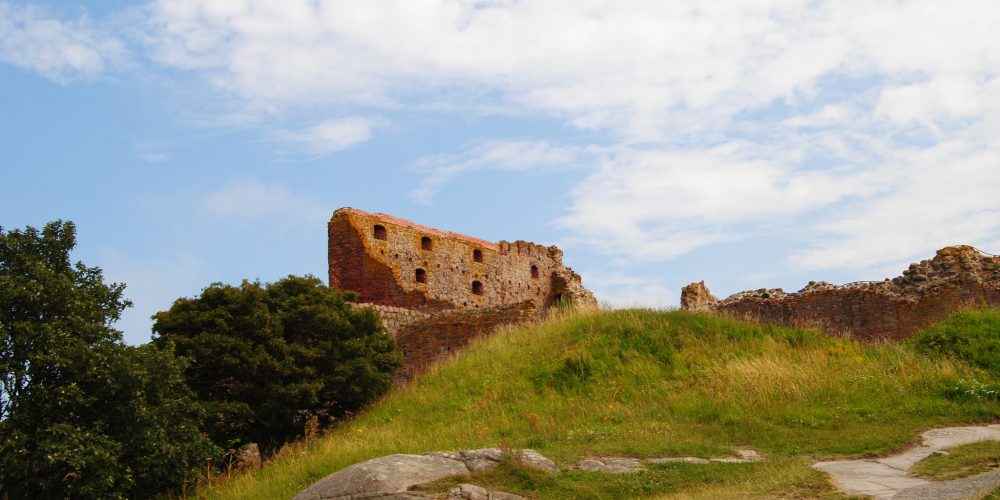 “Memories have huge staying power, but like dreams, they thrive in the dark, surviving for decades in the deep waters of our minds like shipwrecks on the seabed.” This quote by the English writer J. G. Ballard can illustrate relations between Denmark and Russia, which are more complex and multi-layered than one would assume.

While being members of two hostile geopolitical blocs after World War II and having political and ideological controversies in the post-Cold War era, Moscow and Copenhagen have, on the other hand, strong historical, social, cultural and scientific ties. These ties have helped the two countries to overcome difficulties many times throughout history. Many times, a common past outweighed tensions in order to have a common future. However, there is one particular memory, which tends to complicate the bilateral relations between the countries: the Soviet Union’s occupation of the Danish island of Bornholm in 1945, following the end of the war in Europe.

From May 9, 1945 to April 5, 1946, the Soviet Red Army occupied the Danish island Bornholm, located just southeast of Sweden. The Soviets came to the island after the war in Europe was over, and the proclaimed “temporary” stay turned into a yearlong occupation. When analysing this period, it may seem that a Bornholm issue has never existed. Denmark did not protest or officially ask the Soviets to leave the island, and the Western allies were not interested in the issue. However, after a Danish note to the Soviet government dated March 4, 1946 (which expressed the “readiness” of Copenhagen to defend the island on its own) the Soviet Army was ordered to leave Bornholm. It was as if the Soviet Union had always been waiting just for the Danish request (even though the Danish authorities made attempts to do so throughout the whole period). The last Soviet soldier left the island on the April 5, 1946.

This strange occupation has provoked discussions and many questions. Why did they come? Two reasons can be named. Geographically the island was in the Eastern zone and thus to be liberated by the USSR. Moreover, the Soviet command was offended by the statements of the Nazi troops on the island that they would capitulate only to the Western allies, not to the Soviet Army. Why did they stay and leave the way they did? With the starting of the Cold War and absence of any advantages of the occupation, Moscow just waited for a good moment to leave without losing public face. Questions were also raised regarding the behaviour of the Danish and Western governments. Strictly speaking, London and Washington, on the one hand, had their own issues to deal with and did not consider the Bornholm occupation important enough to meddle in the potentially conflictual negotiations with the Soviets. As for Denmark, it is much more difficult to explain its behaviour; however, one should mention that a strong shock from both the occupation and the silence of the Western allies paralysed the Danish government, which had hard choices to make about its role in the beginning of the Cold War era.

More than seventy years have passed since the occupation. However, Denmark and Russia have once again difficult problems to resolve. One pressing issue for the Danish government is to decide whether the planned Russian pipeline, Nord Stream 2, can run through 139 kilometres of Danish territorial waters. The decision by the Danish government can have massive consequences: major implications for Europe’s energy security, and the future relations between EU and Russia. Finland, Sweden and Germany have already granted the company “Nord Stream 2 AG” (with Gazprom as a shareholder and ENGIE, OMV, Shell, Uniper and Wintershall as financial investors) with the permission to construct the pipeline in their waters. As was the case, more than seventy years ago, Denmark is alone against its eastern neighbour.

The analogy, “the Bornholm factor”, is used to describe broader patterns of the Danish foreign policy at critical moments, After 1945-46, the question dealing with Bornholm and Russia will always be a question of freedom and security, a question of sovereignty. Moreover, Denmark, accepting its status, as a small power, will always look for allies. But at the same time, having a negative experience of the Western “betrayal” during the occupation, Copenhagen will also cooperate with Moscow, making attempts to protect its positions and waiting for changing conditions that will lead to the “liberation of Bornholm.” Great caution taken by the Danish government is rooted in this “Bornholm factor”: the 1945-46 occupation was a national humiliation and Denmark will do its best for this not to repeat. The comparison of two situations provide us with evidence for that. In 1945-46, Danish officials had a lot of informal meetings and discussions with the British partners before taking (or not taking) any steps. Currently, the Danish government repeats a mantra that the Nordic Stream 2 issue must be discussed in the EU bodies. Both then and now the Danish parliament is anxious about the course of action and argue for decisions being made, whereas the Danish government waits for changes, saying much, but nothing specific about the issue. While having all the powers to reject, which is seen by many members of parliament as a preferable decision for Denmark, the Danish government does not do it. Moreover, it continues its talks with the Russian side through diplomatic channels: “To strengthen the embassy in Moscow to ensure stronger representation of Danish interests in dealings with Russia” is one of the governmental initiatives listed in the Foreign and Security Policy Strategy 2017-2018.

Denmark is in a difficult situation. It could be compared to the Bornholm issue of 1945-1946, even though the building of a pipeline is significantly less controversial than an occupation. Denmark has decided to use the same tactics as seventy-three years ago:to do nothing while discussing it with all parties and waiting for changes. We can say for sure that there are many “memory-shipwrecks” on the seabed near Bornholm.

The Editorial Team December 21, 2018
By Nikolas Spanoudakis The globalisation has definitely changed our world in many aspects. In fact,…