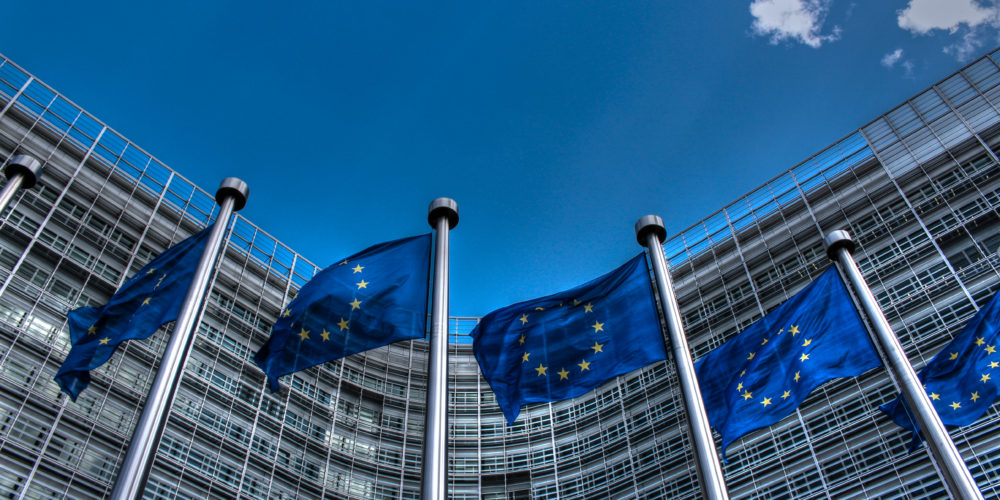 If you are a student, reading the online version of Uttryck then it’s quite probable that you only have heard about the fall of the Berlin wall as you were not born by the time it happened. However this historic moment, which took place thirty years ago, triggered a series of events whose consequences we are still experiencing. Many people focus on the most iconic meaning of this event: the fall of the so called ‘Iron Curtain’ which marked the end of the Cold War between the capitalist Western economies and the socialist Soviet Union. In fact the fall of the Berlin wall accelerated other events around Europe and Russia which contributed to the imminent collapse of the Soviet Union. It also signaled the march of many European markets towards democracy and free market economies. Moreover the disappearance of the divide between East and West created space for a new Europe to be born, new institutions to take place and new norms to be established.

In this article I will try to focus on some landmark events which have shaped Europe during the last thirty years. My evaluation is subjective, certainly not exhaustive and thus I do not claim it is absolutely right. Nonetheless I hope you find it interesting. Let’s begin with the Schengen Convention.

Schengen Convention: If you ask your parents they may tell you stories about how they had to wait  at customs in order to cross from one European country to another. Or they had to wait on queues in the airports for their passports to be checked when travelling in Europe. They might even have needed to apply for a visa for a single trip to Paris for example! Schengen Convention sent all these situations to the past as it abolished the custom controls among the countries which became a part of it. Although nowadays we take the free movement of people within the Schengen Area for granted, let’s not forget that the Swedish government introduced ‘temporary’ border controls on the border with Denmark some 5 years ago. Therefore we need to defend this privilege.

Creation of the European Union:  It is impossible to describe the advances introduced by a number of treaties among the members of the European Economic Community (EEC) but it is safe to say that they have gradually converted what was once the EEC into the European Union (EU). That meant a shift from a strictly economic cooperation to the creation of a supranational political organisation. They gradually gave the European Parliament, the only body which is directly elected by the european citizens, the power to legislate and have a meaningful say on european matters and co-decide with the other institutions. They gave European citizens rights which are respected in every member state. For example any European citizen can study in another EU country while enjoying the same rights as the country’s citizens. These are only a few examples of the changes around Europe.

Introduction of the Euro: By the 2000s several EU countries had embarked on a bold project, the introduction of a common European currency, the  euro. This was an unprecedented project because it implied that the participating countries would give up their sovereignty upon their monetary policies and allow the European Central Bank to take control of them. Take a moment to think about the magnitude of this: Countries which were fighting each other during the World Wars had decided to intertwine their economies with a common currency! The euro’s architecture had some serious problems which damaged its reputation during the 2009 crisis. But despite its undeniable problems the euro has survived and the last eurobarometer surveys showed that it enjoys strong and wide acceptance around the whole euro area. The euro gives citizens stability by being a strong currency, allowing ease of transborder transactions and other benefits that the media don’t like to narrate because although important they are not dramatic as the euro crisis.

Therefore the last 30 years came with significant advances which have shaped Europe and can be safely attributed to the EU. However, there have also been many backlashes with the most representative of all being Brexit. This shows that the fall of division lines as pronounced by the fall of the Berlin wall is not an irreversible process. This is partially understandable as the rise of the globalisation left many people feeling powerless, in need of a shelter which the promised national walls are supposed to offer. However, everybody can see that when the EU enters trade negotiations as a unified bloc, it delivers much more to its citizens than the sum of their nations, not to speak about the bilateral agreements that their individual nations can negotiate. Respectively, we can see that in areas where the national divides prevail such as foreign, security policy, the EU is a helpless organisation. For instance during the war in Syria, the EU had no chance to intervene and stop it because of its internal divisions. Consequently, it reduced itself to an observer, trying to manage the big refugee flows coming to it.

It is therefore up to the European citizens to unite behind the EU, a project which provides them a fair say in tomorrow’s world or otherwise get smashed by the global giants (USA, China, etc.). by focusing on their national divisions. The fall of the Berlin wall showed the way. Let’s preserve its momentum and enhance it!

Nikolas Spanoudakis graduated from a master in chemistry for renewable energy and ever since sustainability is a key aspect of his life. But quite recently he realised that he has to fight for another important element in his life: the European Union. Thus, he decided to become a little champion of the EU. The result is doubtful but he is sure that the cause is good. Let’s see what happens!

The Editorial Team September 2, 2021
By Melina Froidure It was only when I turned 20 that one of the great…

The Editorial Team June 30, 2021
By Miriam Hauertmann Since the first long-range rockets reached Jerusalem on the 10th of May,…
Tweets by UFUppsala