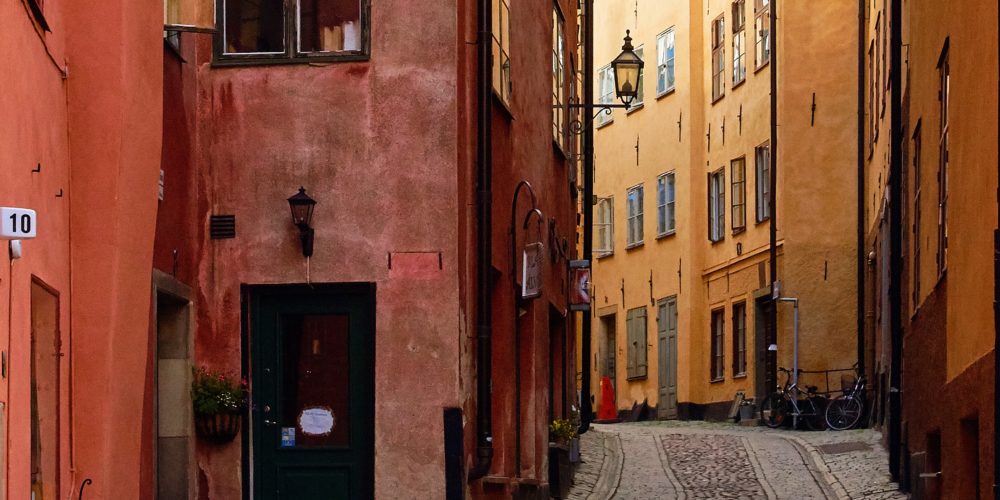 How Sweden and the Rest of Europe Face the Threat of Covid-19.

Covid-19 holds the world firm in its grip. At this point the virus, commonly called Corona, has already claimed 1 506 936 infected people (of which 1 076 249 are currently affected) and has caused 90 057 deaths. Worldwide, countries are undertaking serious measures against it. Through hashtags like #flattenthecurve or #stayhome the population is encouraged to minimise their social contacts and stay home. In many countries this concept is legally enforced by this point. After Italy, France, Spain and many other countries introduced nationwide curfews. Germany enforces a “contact ban”, no more than two people can be together in public, and they must belong to the same household. Most shops are closed or only allow a certain number of people in at a time with exceptions for grocery stores and pharmacies.  The UK was hugely criticised for attempting to establish herd immunity which rigorously failed. In this first attempt to meet the threat of corona, the UK-government reasoned that 60% of all people get infected, which would constitute nearly 40 million people of which 3% would need hospitalization. Since then, the government has undertaken a 180° turn and put the country into lockdown as well.

Let’s turn to Sweden. Here they have open cafés, restaurants and shops, people walking on the streets or enjoying the sun while having fika. In a world that mostly finds itself in lockdown and self-isolation, the Scandinavian country seems to be going about business as usual. Though not everything is as it seems. Recently, the Swedish government introduced a new ban on all gatherings with more than 50 people and violators can go to prison. High schools and universities are closed, employers are encouraged to ask their employees to work from home. While most of the gastronomy is still open, they have to offer table service to prevent gatherings and long queues in front of the bar. Risk groups (people aged 70 or older, as well as people with pre-existing conditions) are encouraged to stay at home and self-isolate as much as possible. People who show the slightest symptoms are asked to stay home. Folkhälsomyndigheten, the Swedish Public Health Agency, also suggests that you should refrain from large private gatherings, such as weddings, funerals and parties. However, it doesn’t say anything about meeting friends.

Sweden acts under the assumption that infected people are not contagious until they show symptoms. Their strategies differ from other countries but their goal is to flatten the curve as well. For now, Sweden’s strategy seems to be working. In relation to its inhabitants, the case numbers in Sweden are only half as big as the ones in Germany for instance: Germany’s infected account for 0.14 % of the population while in Sweden, it is 0.09%. Sweden’s chief epidemiologist Anders Tegnell says that the curve has only climbed gradually within the first weeks, unlike in Italy and Spain. He hopes that these trends continue and states that the slow beginning suggests that Sweden can keep the curve flat. In an interview he stresses the importance of staying at home while sick and protecting risk groups. This is the major difference: Sweden focuses on the isolation of the aforementioned risk groups, while most other countries are quarantining the whole population. However, the recommendations given now might change next week, depending on the development of the situation.  It is not clear why the rising of the curve is so slow compared to other countries. One possible explanation could be the low population density. Stockholm’s rather high infection rate would align with that. Moreover, the fact that most Swedes are quite reserved in the first place, especially compared to Italy, France and Spain where kisses are a common greeting and many generations live under one roof.

Countries are debating about how long they must keep their inhabitants in lock-down. Germany announced that the contact-ban will be enforced till April 20th at least. The question is how to meet the virus long-term. Experts fear that an early lifting of the lockdown will cause another spike. Even a 50% restriction of social contacts is supposed to overload the health system. One strategy involves a system where the demand for intensive care is monitored. If the demand  rises over a certain level, a lockdown is initiated. If the need drops under a certain number, quarantine is lifted. This strategy is supposed to be held for 18 months. This means a one-and-a-half-year strain on the physical and psychological health of citizens and the economy. Many industries are already suffering from these short period lockdowns all over Europe. Factories have had to stop production, shops and stores cannot sell their goods. Which poses the question, how are international relations going to be treated? What will happen to the closed borders? Do they stay closed or will they be opened eventually? The freedom of travelling,  one of the core elements of the European Union, is affected. If the borders stay closed, it will not only influence the way we travel but also have a huge impact on trade and the supply of most daily-life products and groceries. This problem hasn’t been addressed by any officials yet.

Sweden’s strategies aim to prevent those restrictions on daily life. The Swedish newspaper Aftonbladet asks if the Swedes know something other countries don’t know or if they are just being naïve. Sweden’s head of analysis Lisa Brouwers states that the strategies of other countries are based on fear with the hope that the situation will lighten up soon. “A society cannot be locked up for months”, Tegnell said on Friday, “we have to be able to keep up the measures we take for a long time.” Other countries seem to be confused by the recommendations given out by the Folkhälsomyndigeten. Media in Germany, the UK and the other Scandinavian countries have started to notice and comment on the supposed inaction by the Swedish government. However, giving out recommendations to the public has long been a tradition in Sweden and they are mostly followed by the public.

These measurements also mean that a cool down of infections is not really expected during summer. Should the summer bring a short period of recovery, a new storm is to be expected in early autumn. In the end it comes down to priorities. While the goal of most European countries is to prevent a high spread of the virus at all cost, Sweden keeps democratic rights in mind as well. The question is whether the health systems can carry the strains Covid-19 entails no matter how they are faced. In that regard every country faces a battle like David against Goliath. However, Sweden is not unprepared. There is already a big strain on Stockholm’s hospitals but there is still a capacity both in Stockholm and in other cities around the country. Furthermore, the military is building  emergency hospitals for the infected, two of which are in Stockholm.

Nele Popp is an exchange student from Germany. She studies English and History and currently tries to figure out what to do with those passions. Don’t ask her about topics she is interested in, as she can rant ages about the oddest things.

The Editorial Team September 23, 2021
By Lovis Lindquist On the 21st of February 2012 some members of the feminist punk…

The Editorial Team September 2, 2021
By Melina Froidure It was only when I turned 20 that one of the great…
Tweets by UFUppsala